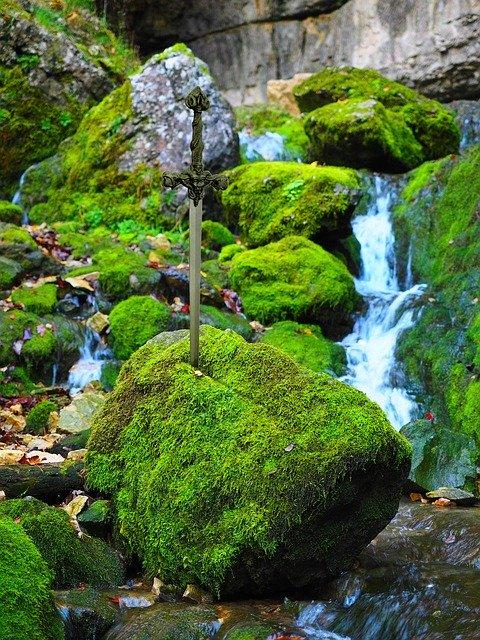 From director Guy Ritchie comes a new take on the Arthurian legend. Rising to fame through his gangster movies such as Snatch and Lock Stock and Two Smoking Barrels, Ritchie became known for his intertwined storylines and gritty realism. In recent years though, he has strayed from the streets and into the genre of literary characters, his previous being the successful Sherlock Holmes. Now Arthur is getting the Ritchie treatment, bringing the hero of old down to the streets in an attempt to make him more relatable.

This is a retelling. For those expecting the glamour of the dark ages, they will be sorely mistaken. Arthur is now born in a brothel, a tale taken from a real life gangster. Arthur is brought down to the level of the viewer, a more relatable hero. Played by Sons of Anarchy, Charlie Hunnam, Arthur is not a distinguished king but more a streetwise brawler ready to get his hands bloody. Jude Law tries valiantly as Vortigern but his over the top acting is more confusing then anything else and Ritchie hasn’t quite hit the “it’s so bad it’s good,” level of things just yet. There is also a rather misguided cameo by David Beckham himself playing a scarred soldier and not convincing anyone with his cockney accent. Sadly this also over plays one of the more important moments in Arthur’s character development but the viewer is distracted by Beckham’s drawl.

Not for the faint hearted, this is an over-blown stylised war full of CGI backgrounds and thousands of little soldiers. Attempting to be an epic, it succeeds only sometimes and this is more in the later stages of the movie where viewers can settle in for the ride and forget about the storyline for the moment. Some gore though stylised, but it is really the CGI that ironically takes away the magic of the film. The opening sequence is a series of huge computer generated elephants stomping across the screen, though exciting; it is not something a viewer expects when watching a film about King Arthur. Overall, Ritchie seems to have confused King Arthur for more of a Robin Hood type character as Arthur strides across the land rallying people to his cause. It could be uplifting but the over the top effects simply weigh it down.

For anyone that likes the traditional Arthur, this may not be the film for them. A brash and loud Arthurian take straying far from any source material, makes for a fun ride in places but ultimately disappoints. Confused storylines, some bad casting (though Hunnam has some potential here), and an overload of special effects takes almost everything away from the man of the story, Arthur himself.